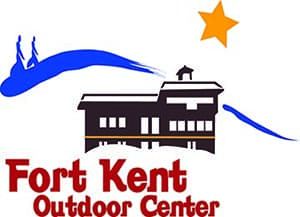 How to play Disc Golf

Do you want to try Disc Golfing on our new course, but don’t know how to get started?   If you can throw a Frisbee® and you like to have fun, you can play disc golf!  Here is some great information to get you started, courtesy of discgolf.com.

Disc golf is similar to traditional golf, however, instead of using golf clubs and balls aiming for a hole, disc golf players use disc golf discs and aim for a disc golf basket, which is a pole extending up from the ground with chains and a basket where the disc lands.

The object of the game is to complete each hole in the fewest number of throws, starting from a tee area and finishing with the disc coming to rest in the basket. Generally, a course is made up of 9 or 18 holes. Players start at hole one and complete the course in order, playing through to the last hole. The player with the lowest total cumulative throws wins. Disc Golf rules are easy to learn, but the sport can be hard to master!

Objective of the Game

Disc Golf is played like traditional golf, but with disc golf discs instead of balls and clubs. One throw (stroke) is counted each time the disc is thrown and when a penalty is incurred. The goal is to play each hole in the fewest strokes possible. The player with the lowest total strokes for the entire course wins. The hole is completed when the disc comes to rest in a disc golf basket.

Never throw when players or other trail users are within range. Always give trail users the right of way. Be aware of your surroundings and environment at all times.

Each hole begins with a tee throw. Tee throws must be completed within or behind the designated tee area.

The lie is the spot where the player’s previous throw has landed. Mark each lie with a mini marker disc or leave the thrown disc on the ground where it landed. The player’s subsequent throw is made from directly behind the marked lie.

The player with the least amount of strokes on the previous hole is the first to tee off on the next hole. After all players have teed off, the player whose disc is farthest from the hole always throws first.

A mandatory, or mando, is one or more designated trees or poles in the fairway that must be passed to the correct side as indicated by an arrow. If the disc passes to the wrong side of mandatory, either play from the previous lie or from a marked drop zone area if applicable and add a one throw penalty.

A disc that comes to rest in the disc golf basket or suspended in the chains constitutes the successful completion of that hole.

If any area of O.B. is visible between the disc and O.B. line, then the disc is considered O.B. A throw that lands out of bounds, must be played from a point up to 1 meter in bounds from where the disc crossed over the out of bounds line. Permanent water hazards, public roads, and most park boundaries are almost always out of bounds.

Our course isn’t quite ready yet for the summer, but as soon as the snow is gone and trails are dry enough, it will be time to start disc golfing!  We will announce when the course is open and ready to play as soon as possible!

Rental discs will be available at the self-serve kiosk at on the side of the Lodge building.  More information will be added when the course opens!

Keep up to date on our current Weather / Snow Conditions, and check in on our events by viewing this facility Web Cam which is updated with a new image every five minutes.